Neon, Reaganomics, Rock & Roll and Candy! Candy from the 1980s

Taking a look back at the 1980’s, the decade can be summed up with bright, neon colors. Almost every aspect of society expressed the colors as the candy and fashion industry were all large contributors. Plastic filled fruit was immensely popular because of how perfectly the bright colored, fruit shaped plastic, filled with nerd-like pieces and powder, complied with the times. Women could be seen wearing leotards that were bright pink or green, tights, and scrunchies to pull up their big hair. 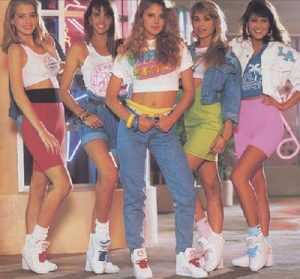 Men were split down the middle. Some men tended to be more reserved and complied with the conservative view that embodied Reaganomics, where other young men went against the yuppie, “rich man” ideal, and sided with bands such as Guns’ and Roses out of frustration.
Nerds, the candy, invented in 1983 by Angelo Fraggos was also split down the middle. In fact, the two flavor compartments are what gave the candy charm, and helped it gain popularity. Nerds truly embodied the culture of the 80’s as the packaging was bright, complementary colors. 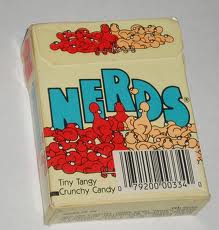 In fact, almost all of the popular candy of the time had pops of color. The popular “Five Flavor Gum”, Fruit Stripe Gum, was invented by James Parker and launched in early 1959 as an extension of the Beech-Nut gum line. The gum was packaged in bright yellow, green, and red striped paper. Ring Pops and Airheads were also packaged by color of the artificial fruit the candy tasted like. Ring Pops actually came about when Frank Richards invented the treat as a way to help his daughter get rid of her thumb-sucking habit. What a sweet punishment!
Among other habits, Big League Chew was introduced in 1980 when pitcher Rob Nelson and former NY Yankee all-star Jim Bouton, came up with the idea for something different and fun to chew – shredded bubble gum in a pouch. When Bouton and Nelson approached a candy production facility, they discovered that such a product was already in the works. As a compromise, Bouton and Nelson suggested the name “Big League Chew.” 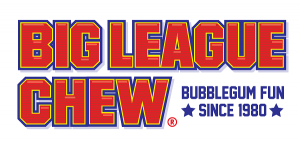 Even though much of the society was split down the middle as far as political views, candy always striked common ground.
Indulge in the many tastes of the 1980’s by visiting https://www.peppermintstickcandystore.com/

Your cart is currently empty!

Receive exclusive offers and discounts by joining our email list.

in Pottstown, PA by